Tibet is a plateau region in Asia, north-east of the Himalayas. It is the traditional homeland of the Tibetan people as well as some other ethnic groups such as MonpasQiang, and Lhobas, and is now also inhabited by considerable numbers of  Hui people. Tibet is the highest region on earth, with an average elevation of 4,900 metres (16,000 ft).

Of all the Tibetan areas in China, the Tibet Autonomous Region (TAR) is a special case. Along with a visa, foreign visitors are officially required to have a permit issued by the Public Security Bureau (PSB) to enter the province. Without it, you'll be unable to buy air or bus tickets. However, you don't have to worry about where and how to get these permits. If you take common routes, such as Chengdu - Lhasa (Air), Golmud - Lhasa (Bus), etc., foreign travelers must buy both the permit and the ticket together through a travel agency. 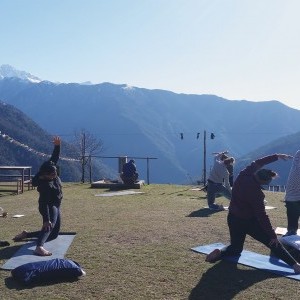 The 15-day Tamang Heritage and Langtang Trek will incorporate yoga, meditation, retreat-style facilitation and whitewater rafting. We will begin with a day's bus ride from Kathmandu to Syabrubesi or Dan (Thembuche) The actual trek begins from Syabrubesi, we head upward to Thembuche and then onto the Tatopani hot springs. This will be the perfect way to acclimatize and get used to the Himalayan environments.